Make money without Getting a Job

How To Make Money Without Getting A Job

There is more than one answer to this question. If you look hard enough you will find countless ways to make a living without relying on a job. No matter where you are in the world, there is something you can start doing today that will help you generate income. There are opportunities everywhere, both large and small!

"seek, and you shall find"  -Jesus Christ.

Whether you believe in Jesus or not, I urge you to look for what you truly want with the confidence that you will find it.
Real-life examples for developing a lucrative way to make a living on your own.

Identify A Problem And Provide The Solution.

Take a look around your immediate environment, town, social circle, and other businesses.

What Problems do you think you could solve?

Oswald got fed up with working for people who did not share the same morals. One day he courageously quit his job with a vague plan of on how he was going to support himself and his fiancé.

Shortly after, Oswald moved his fiancé and two dogs in with his parents. Every day Oswald tried to come up with a short-term solution for cash flow.

One day his father asked him to clean up all the "dog shit" in the backyard.   He shamefully walked out to the backyard with a plastic bag over his hand. His mind was constantly trying to find a way out of his parent's house.
As he reached down and grabbed his dog's turds, he had a powerful realization. Oswald received one of the many insights he needed to fix his cash flow problem.

His parents lived in the suburbs of Dallas, where there are thousands of houses. Many of them had dogs constantly shitting in a small backyard, and most homeowners don't like to clean it up.

At that moment, he decided to start his own poop scooping business.
When he told his wife and his parents, they laughed at him said he would never go through with it.
However, he believed in himself and made it happen despite all the doubts and problems he encountered.

After two years of non stop hustling Oswald and his wife were able to move out of his parents house and start traveling world. He now runs a Search Engine Optimization business that helps clients get more visibility online. 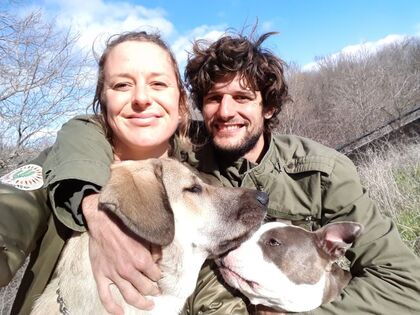 Find Value in Things others don't

There is a reason you see people who live on the street picking up used cans and bottles. It's not just because they want to keep the earth clean or because of a mental illness.

They see value and opportunity in things most people don't.
This is an extraordinary skill that many successful entrepreneurs and inventors have also utilized.

What things do you see value and opportunity in?

Cole graduated from one of the best universities in the country with a degree in Finance.
While he had above-average credentials that could have landed him numerous high-paying jobs, he did not want to be chained to a desk.

Shortly after graduating, Cole began looking for alternative ways to make a living. He began driving Uber, working long hours and sleeping on the floor of his apartment. After a year, he was able to save up a healthy amount of money. However, he was not satisfied with the life he was living and was still searching for a more efficient way to double his money.

Later that year, a friend showed him a strategy he had been using that was making around $10,000 a month while also being his own boss.

The strategy was simple and has been used for decades.

Cole's friend spent a lot of time at garage sales and searching online for Items he knew were underpriced if not free. The moment he spotted a good deal, he would grab it, repair it, clean it if needed, and post it for sale at or slightly below market value.
In Lamens terms, he was buying low selling high.

Cole quickly began utilizing this strategy with appliances and exercise equipment. He utilized free platforms such as Facebook, Offerup, and Letgo to buy and sell. After another year, Cole was able to save up ten times as much cash than the year before when he was an Uber driver.

​In addition to his savings, he was able to build up a healthy investment portfolio while still in his twenties.

Cole is currently studying real estate and hopes help others and buy and sell their homes with in the next few months.